We don't have a professional media department - but we're still thrilled every time we can see, hear or read about how others perceive our work. 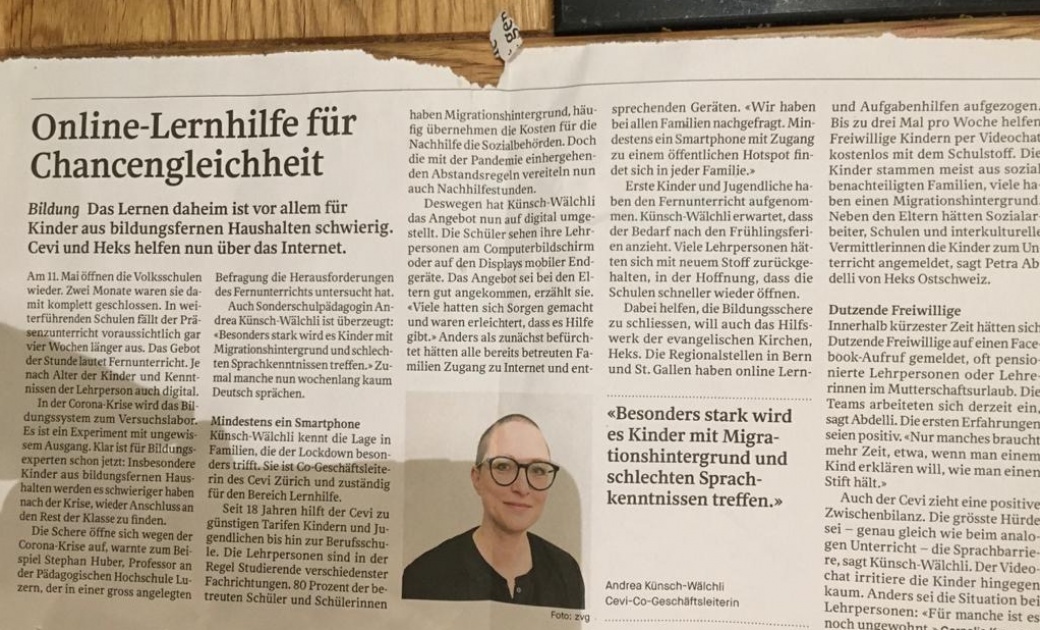 In April 2020, Andrea was interviewed about the online tuition offers during the CoViD-19 school shutdown. 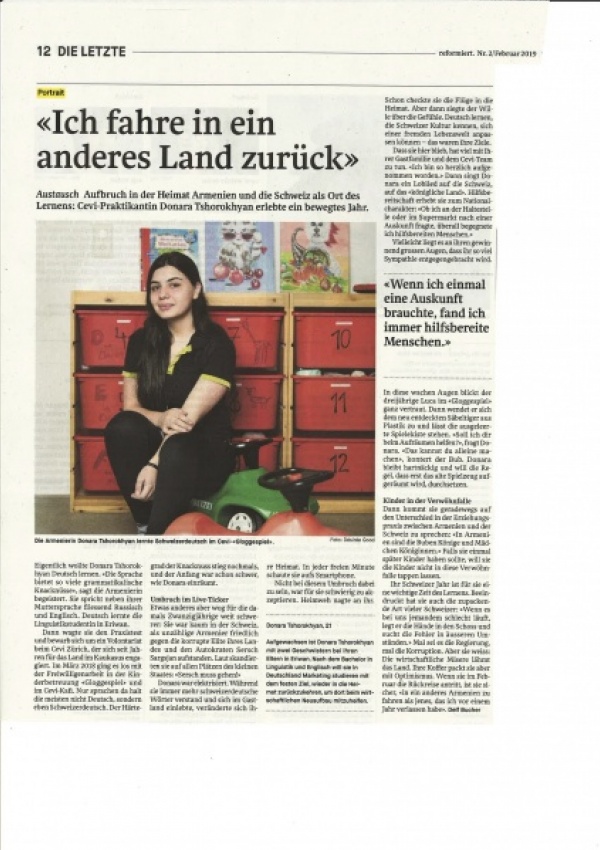 Our EVS volunteer Donara was interviewed for the February 2019 issue of "reformiert". Download the article below. 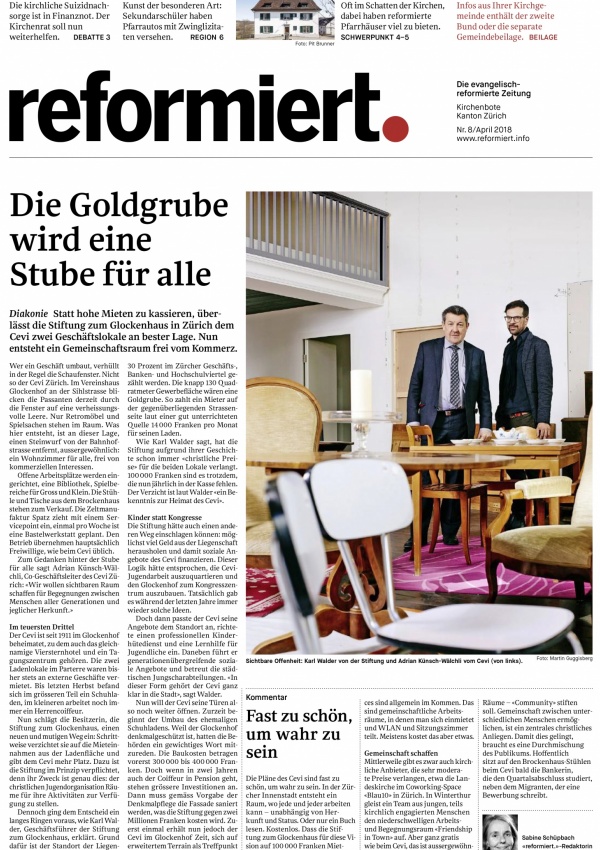 Our concept space in " reformiert".

In April 2018, "reformiert" covered the project idea of our concept space, a few months before its opening. 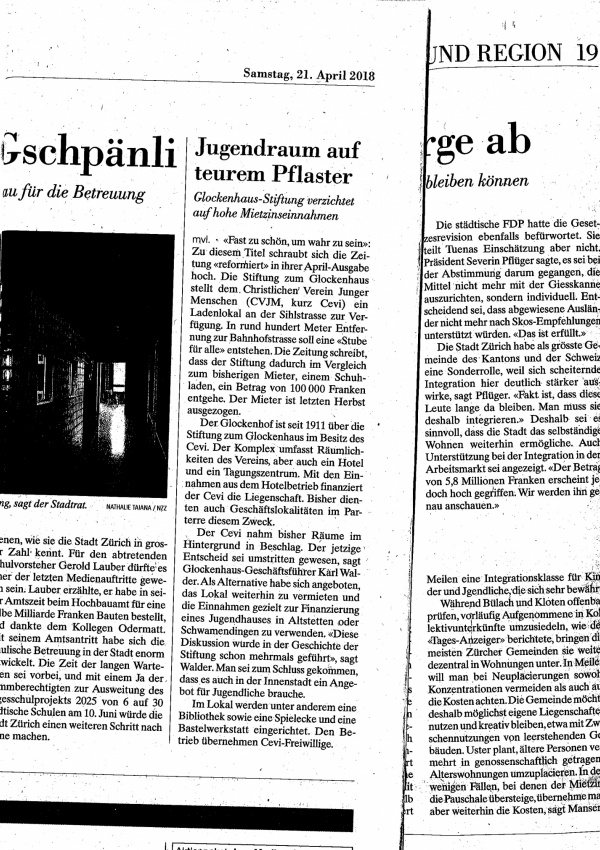 Our concept space in the Neue Zürcher Zeitung.

After the article in "reformiert", NZZ also printed a short report on our new concept space. 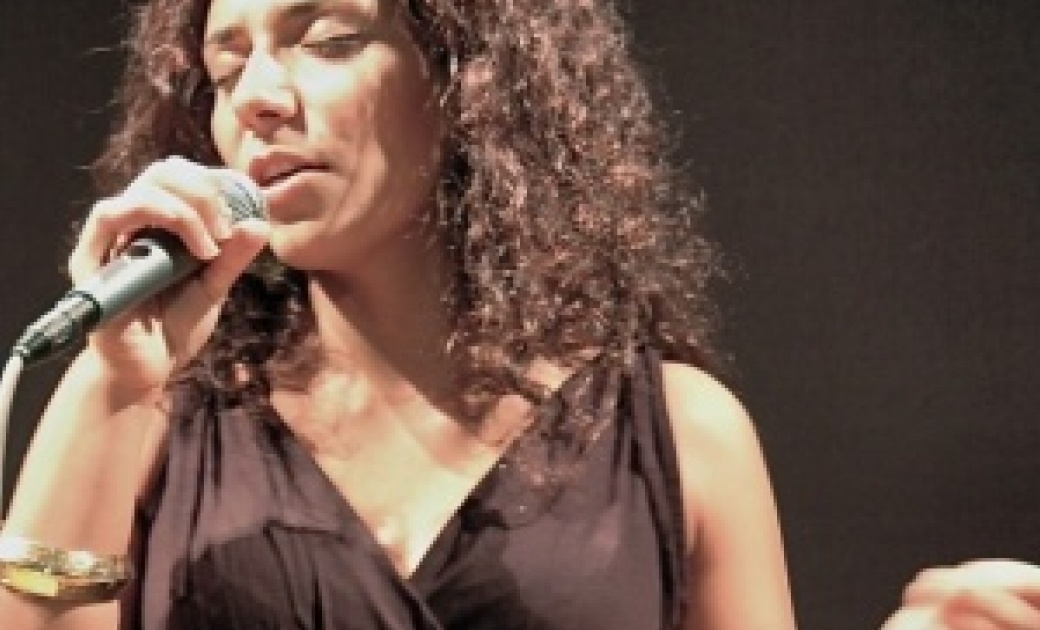 Segment on Radio Zürisee about the "YMCA sound" on 16 May 2015,  at the church music festival "Cantars". Our contribution to the festival, a concert from the Armenian band Hekiat, and the YMCA/YWCA Zurich's partnership with Armenia, are also mentioned. 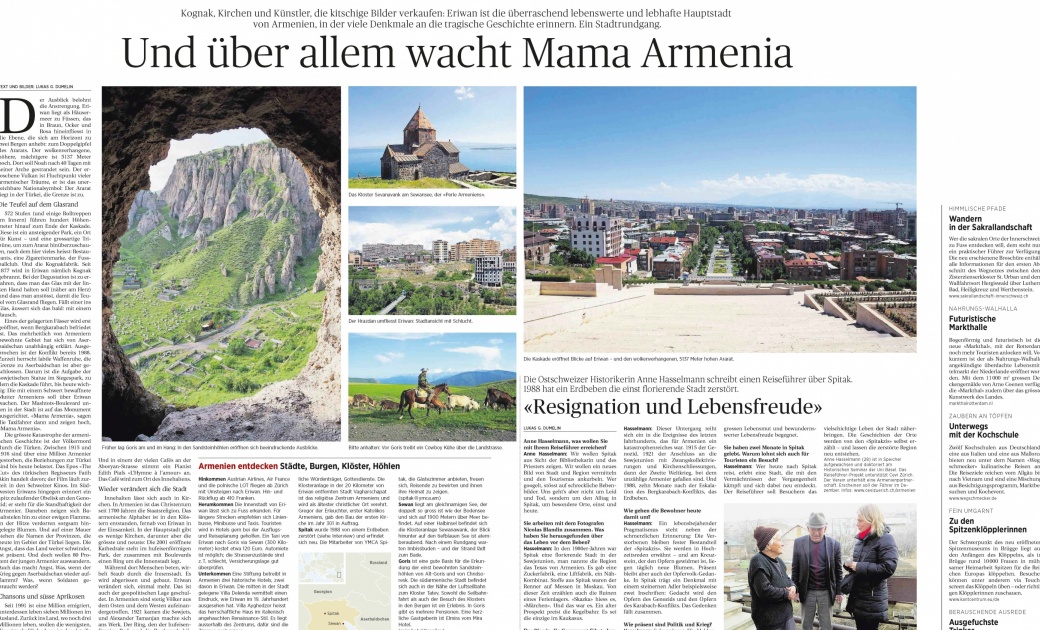 26 October 2014: The newspaper "Ostschweiz am Sonntag" publishes an interview with Anne Hasselmann, who volunteered in Spitak in February and March 2014 together with Nicolas Blandin. Both of them worked with a team on a new tourist guide brochure about Spitak.

In the interview, Anne Hasselmann talks about this project and about the history and present of the city of Spitak.

On 21 August 2014, "Höngger Zeitung" published a report about the YMCA/YWCA Zurich 10 summer camp, where two young group leaders from Armenia joined as guests. Shaqe Karapetyan and Susanna Kotoshyan spent three weeks in Switzerland and joined in various activities offered by the YMCA/YWCA Zurich and Cevi Basel with great enthusiasm. 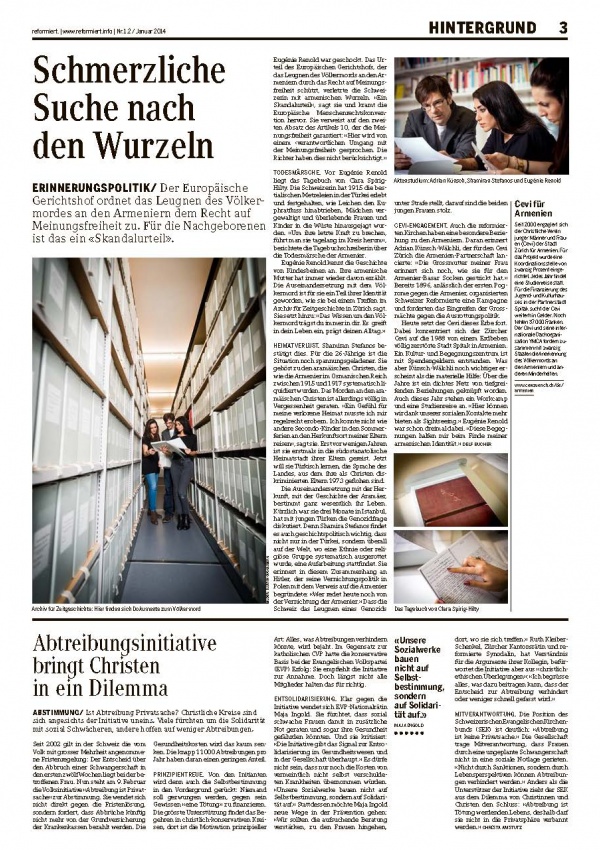 The Armenian partnership in "Kirchenbote"

In December 2013, the European Court of Justice ruled that the public denial of the Armenian genocide by Turkish politician Doğu Perinçek while in Switzerland was in accordance with the right to free speech. A Swiss Court had previously sentenced Perinçek to a fine in 2007.

The European Court of Justice's ruling that this sentencing was not justified came as a shock, especially to the Armenian diaspora in Switzerland. "reformiert" interviewed Eugénie Renold, a Swiss woman with Armenian roots who works in our Armenian partner team; Shamiran Stefanos, an Aramaic Christian with Turkish roots, and Adrian Künsch-Wälchli, the general manager of the YMCA/YWCA Zurich.

Armenia partnership in the "reformierte presse"

23 August 2013: Our partnership with the Armenian YMCA is was featured as the main topic of this issue of the "reformierte presse". One article focuses on their impressive aid for Armenian war refugees from Syria. 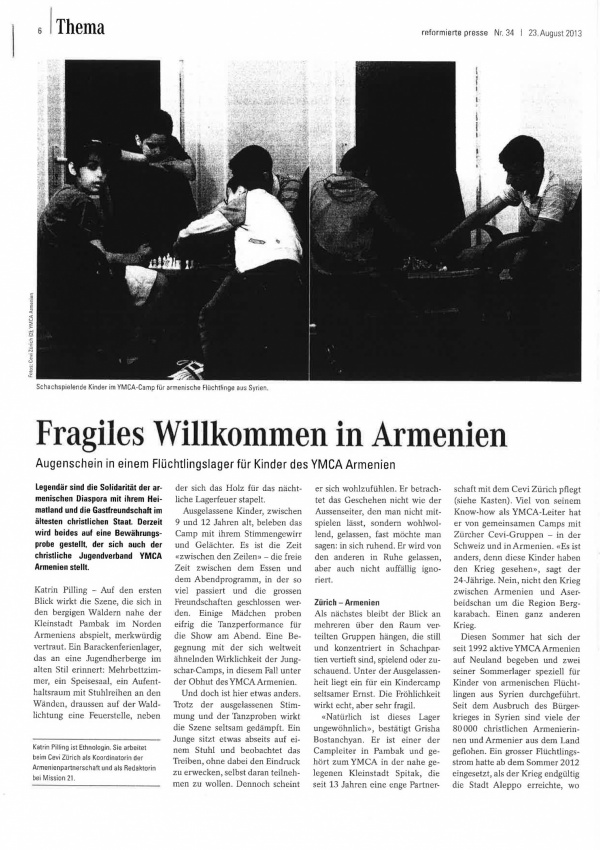